This story is part of Security Essentials, the IT Vault’s practical advice for getting the most out of your security team.

This story is part of Foundations Essentials, a collection of must-reads for all IT professionals.

Skydio builds drones for everyone. Are you a sports fan looking to catch a soccer player’s action shot? Skydio's drones are for you. Are you a company hoping to track the construction progress of a new building? Skydio's drones are for you too. Skydio drones use breakthrough AI to fly autonomously and have an object avoidance that is second to none.

Many drones are used to catch physical security threats, but even the best drones can’t spot possible problems in a company’s IT security.

That’s where Lumos comes in.

Lumos helped Jeff’s team see the apps their company was using, eliminating the manual, time-consuming processes they had set in place before.

I sat down with Jeff Horne, Head of Security at Skydio, to talk about how Lumos helped them identify shadow IT and evolve their SaaS management. I was excited to hear that Lumos not only helped them manage SaaS apps and sensitive data, it also helped them save their IT team time and their company money!

Jeff has been in InfoSec for a long time and is always looking for new and better ways to manage and track their shadow IT. While shadow IT can take on many forms, Jeff found his team working too hard to track which apps the company was using. This challenge made it difficult to know exactly where their sensitive data was being held at all times.

He had tried multiple manual fixes including tracking network activity and financial data in a Google Sheet or Microsoft Excel document, but they couldn’t quite keep up. The moment a team member would sign up for a new app or software using a personal device or at a time where he wasn’t watching, his manual tracking would be wrong and out of date.

When it comes to time savings, Lumos immediately saved Jeff and his team time through ease of onboarding.

Lumos helped Jeff’s team see the apps their company was using, eliminating the manual, time-consuming processes they had set in place before. Regardless of network or payment method, Lumos is able to track the company’s use of applications through multiple authentication sources. It can even scan email subject lines to pull apps that have potentially sent onboarding emails to team members.

As the Head of Security, Jeff was clearly most excited about closing security gaps and knocking out shadow IT. He was also happy to see how much time and money the company saved by using Lumos.

On the financial side of things, Jeff expects Lumos to pay for itself within the first year of use by helping the company identify applications they don’t need and simplify which apps are being used by the company as a whole. Lumos’ SaaS management solution allows for more  enterprise subscriptions that save money and less one-off, expensive, individual accounts.

Lumos also helps the Skydio team identify forgotten accounts and subscriptions that they are paying for but no longer need. When it comes to time savings, Lumos immediately saved Jeff and his team time through ease of onboarding. He even told me that they had actual usable data within hours of that onboarding call.

Now that Lumos is up and running, it allows the Skydio team to quit responding to application access request tickets and manually tracking new accounts, saving his team members time and energy.

Thank you! Your submission has been received!
Oops! Something went wrong while submitting the form.
This is some text inside of a div block.
By using this form, you agree with Lumos' Privacy Policy
NEXT UP
Lumos

The End of SaaS Management As You Know It 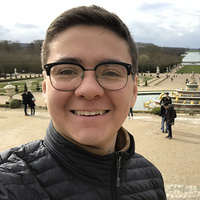